These were a series of meticulously edited and mashed up studio mixes I did over the years, bridging the gap between my wife’s musical tastes and mine.  She came from a world of R&B and pop while my tastes lied squarely in the realm of electronic music, Drum&Bass, Breaks and IDM.  Eventually we found some common ground in house music, but I had some musical elitism to discard early in our relationship and the first mix was a fun way to merge our tastes into a chaotic mess.

I was surprised to find that some of our friends liked it as well, so I continued the series with even more overlapping, as well as occasionally splicing in movie and game audio clips of whatever we were into at the time. 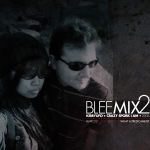 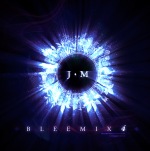 These tend to be more solemn as they’re just mixes of whatever I’m into at the time, and as they’re mixed in realtime I won’t be overlapping and EQing 5 tracks with random movie clips.  These days I’m more focused on producing than mixing but I’m still holding on to the VCI-100 for when inspiration strikes.